Differences Between Protestant and Catholic Funerals 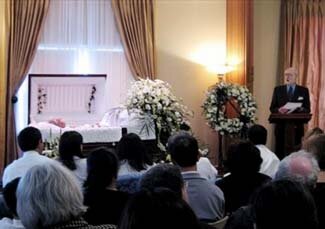 If you've ever attended funerals for people of different religious faiths, you've probably observed that the funeral rituals vary somewhat from one ceremony to the next. At Thomas M. Gallagher Funeral Home we know that catholic funerals are generally more ceremonial, while Protestant funerals are far less ritualistic and provide more details about the deceased.

The following are some of the other distinctions between Catholic and Protestant burial customs:

In Catholic funerals, the Prayer Vigil is a suitable opportunity to eulogize the departed or offer civil/fraternal tributes. The funeral mass does not include the delivery of eulogies. In Protestant services, eulogies are often included in the ritual.

The Catholic Church has always opposed cremation. However, in today's society, it is permissible for Catholics to be cremated. While the Protestant church prohibited cremation, they progressively embraced it as part of their beliefs after WWI.

Both Protestant and Catholic religions hold visitations or wakes to see the body and pay homage. A Catholic viewing is conducted in the church before/after the Prayer Vigil. The night before the funeral ceremony, a Protestant visitation is typically conducted at the funeral home.

One or more Catholic priests always celebrate a Catholic funeral mass. A bishop may officiate at a Catholic mass in various instances. Although there are many distinct Protestant faiths, most funerals are conducted by a minister or pastor rather than a priest.

The primary distinction between Protestant and Catholic funerals is that Catholics bless the mausoleum or ground before burying the remains or urn. Only a few prayers and commitments will be said for Protestant funerals. Different Protestant faiths have their funeral traditions.

Whether you are planning a Protestant or Catholic funeral service for a loved one or family member, we at Thomas M. Gallagher Funeral Home can help. Contact us or give us a call at 318-640-1375 today.

Please wait No comments have been left yet.
Please wait

Grief is a normal reaction to losing someone or something significant to you. You might experience a range of feelings, including despair or loneliness. At Gallagher Funeral Home, we recognize that...

5 Things To Do With Your Loved One’s Ashes

If a person has chosen cremation as their method of disposition upon death, their relatives will get the cremains after the process. However, at Gallagher Funeral Home, we've seen that many folks a...

What Can You Do With The Ashes Of A Cremated Loved One?

If you have cremated a loved one, the cremation center will hand the ashes to you. At Thomas M. Gallagher Funeral Home, we've seen that many folks are unclear about what to do with cremated remains...

These days, just about everyone seems to have a Twitter, Facebook, or Instagram profile. They utilize these social media platforms to communicate with family and friends, trade information and stay...

A funeral services package also referred to as pre preparations or funeral service packages, is a pre-paid contract between clients and funeral homes. Such packages include all necessary preparatio...

Healing After A Loved One’s Suicide

When a loved one commits suicide, it can send you into a tailspin and greatly overwhelm you. Sorrow, frustration, rage, and denial may all come tumbling down on you at the same time, leaving you fe...

Do You Need A Casket?

We at Gallagher Funeral Home understand that planning a funeral ceremony for someone who has passed entails several complex considerations. However, an increasing number of individuals nowadays cho...

Coping With Grief When You Have a Chronic Illness

Chronic illnesses seldom are cured, and in some cases, they might linger for years or even forever. People's capacity to work and maintain active or "normal" lives might vary in intensity. If a per...

It's never easy to deal with the loss of a loved one, even if you know it's going to happen. However, the agony of abrupt death is very different. Families frequently find it challenging ...

Managing Grief During the Festive Season

While it's a great thing to have a happy family, tasty food, and beautiful hand-wrapped gifts for the holidays, these things do not bring joy when you have recently lost someone you love. It can be...